ROXY IS THE QUEEN AT BORDERWAY

Another exceptional offering of well-bred and highly productive Holstein cattle filled the September Border & Lakeland catalogue.  Trade toped at 2,800gns with the milking heifers averaging £1782 the event included the dispersal of the Woodend Holstein were trade topped at 2,500gns on three occasions.

Dugdale Nutrition sponsored the show and Jim Brown from the Catcraig Holstein herd in Ayrshire judged the classes.  The Overall Champion went to Espland Crackshot Masie who was part of the Espland dispersal sale of the Cannon family from near Appleby.  She had an outstanding udder with super stylish frame and sold for 2,200gns to Mr Stonehouse from Yorkshire.  12 cows and heifers sold from this home to average almost £1900 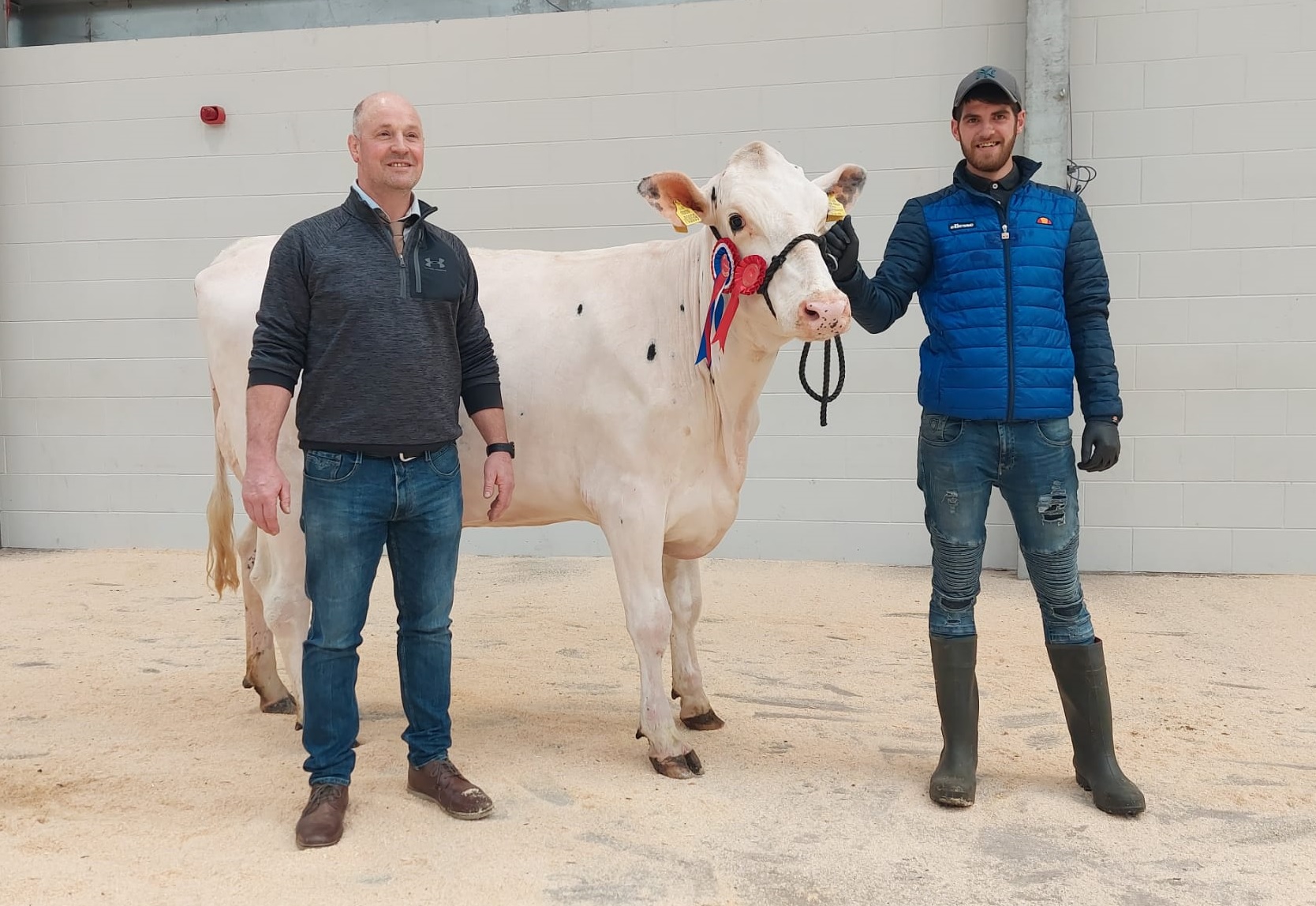 The Reserve Champion went to Stardale Bouncer August consigned by the Burrow family from Lancashire.  She was sired by Delta Bouncer and bred from ten generations of Excellent or Very Good cows going back to DRA August.  She sold for 2,200gns to Baltier Farming Company near Newton Stewart. 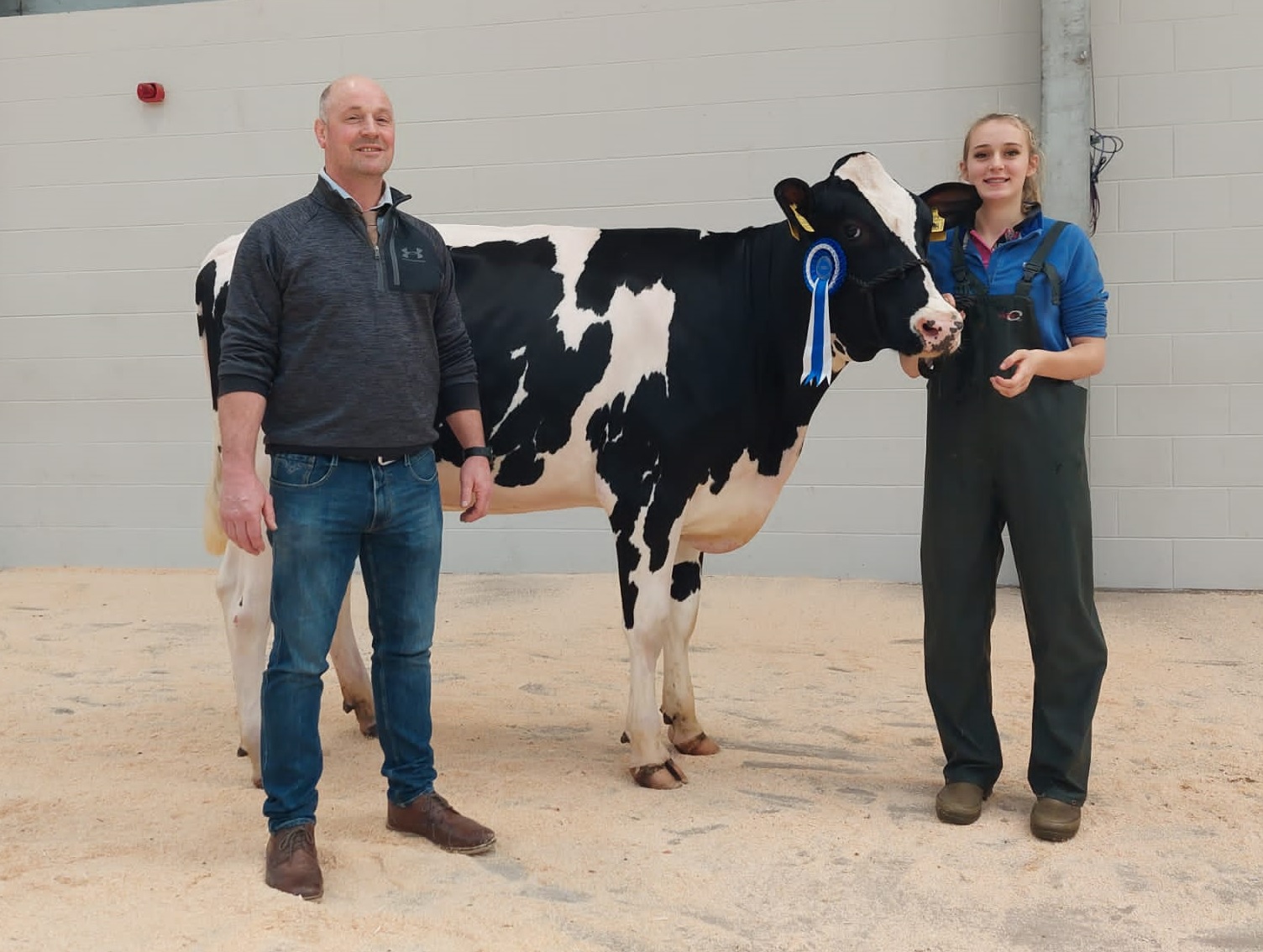 Topping the day’s trading at 2,800gns was Stardale Altar Roxy who was purchased by Mr Townley from Lancaster.  Roxy was sired by AltaR8 and is potentially the ninth generation of Excellent cows going back to the Queen of the breed.  Her dam was an Excellent 92 Golden Dreams followed by an Excellent 96 Shottle with over 130 ton lifetime, next dam was Stardale Leader Roxy EX95 that sold to the Willsbro herd in the last Stardale Sale.  Seven heifers from this home sold to average £2003.

Skirwith Hall Farms sold five very milky heifers topping at 2,200gns to average almost £1900.   Their top price went to Stowbeck Achieve Seagull, she will be potentially be the tenth generation to classify Excellent or Very Good and was sired by Glamour Achieve.

The Todhunter family dispersed their prize winning Holstein herd following the Border & Lakeland Sale with three animals selling for 2,500gns.  The first to sell at 2,500gns was Woodend Dalliance Pat, she had recently calved with her third in August.  She had classified Very Good 88 as a three year old and was backed up by four generations of dams to score in the top grades.  She was purchased by Jim Brown from Ayrshire.  Her heifer calf by Glamour Achieve sold for 1,250gns to Mr McNaugher in N. Ireland.

The following sold for 2,500gns to the Sewell family from near Cockermouth.  Woodend Silver Rebecca had a world class udder and was a Very Good three year old bred from an Excellent 93 Trigger dam.

In Calf heifers from the Woodend herd attracted a massive amount of interest from across the UK with bidding rising to 2,500gns to average just over £2000. Woodend Lineman Eyes topped the in calf heifers she was sire by Comestar Lineman with her first four dams all scoring Excellent and all with massive lifetime yields.

The first sale to disperse the Nethertown Ayrshire herd for the Jones family near Dumfries topped at 1,700gns on four occasions to average £1163.  These cows and heifers were mainly summer calved animals many going back to well-bred Ayrshire families from several leading Scottish herds.

The next dairy sale at Borderway takes place on the 6th October and features 350 dairy cattle in Borderway Monthly Dairy Day sale.   This sale features the dispersal of the Kaberfold Holstein herd for Mr Dent and the Youngstock dispersal of the Ruitenbeek Pro Cross herd.  Catalogues for these sales can be viewed online at www.harrisonandhetherington.co.uk or can be order from the Pedigree Office 01228 406230