Buyers from across the UK travelled to Borderway for the November Border & Lakeland show and sale, they had a wonderful group of well bred Holstein cattle to choose from all producing large volumes of milk from many of the top breeders in the North of England and Scotland.  Trade topped at 2,700gns with the milking heifers averaging £2022 with 47 animals selling for or more than £2000.  Trade continues to firm as farm gate milk prices rise, the sale included the Orton Grange Autumn Opportunity sale that included a super group of milking animals with a few select yearling heifers.

Dugdale Nutrition sponsored the show and Colin Mair from Townhead Farm, Dumfires judged the classes.  The Overall Champion went to Espland Zelgadis Rhapsody who was part of the Espland dispersal sale of the Cannon family from near Appleby.  This is the fourth month in a row Espland have been Champion, she sold for 2,400gns to Stu Forshaw near Preston.  Twelve cows and heifers sold from the Espland herd to average almost £1952, including Espland Lighthouse Amy who also sold for 2,400gns to the same buyer.

The Reserve Champion went to the second place senior heifer, Stowbeck Fitz Dewdrop who sold for 2,400gns Messrs Bulmers near Stranraer.  She was sired by Toc-Farm Fitz and bred from an impressive line of cows going back to an 100 ton Chief Mark.  The following lot was Stowbeck Lucas Ester was the joint top price in the club sale selling for 2,600gns to Mr Forsyth from the Isle of Whithorn.  The heifers from Skirwith Hall Farms averaged over £2500. 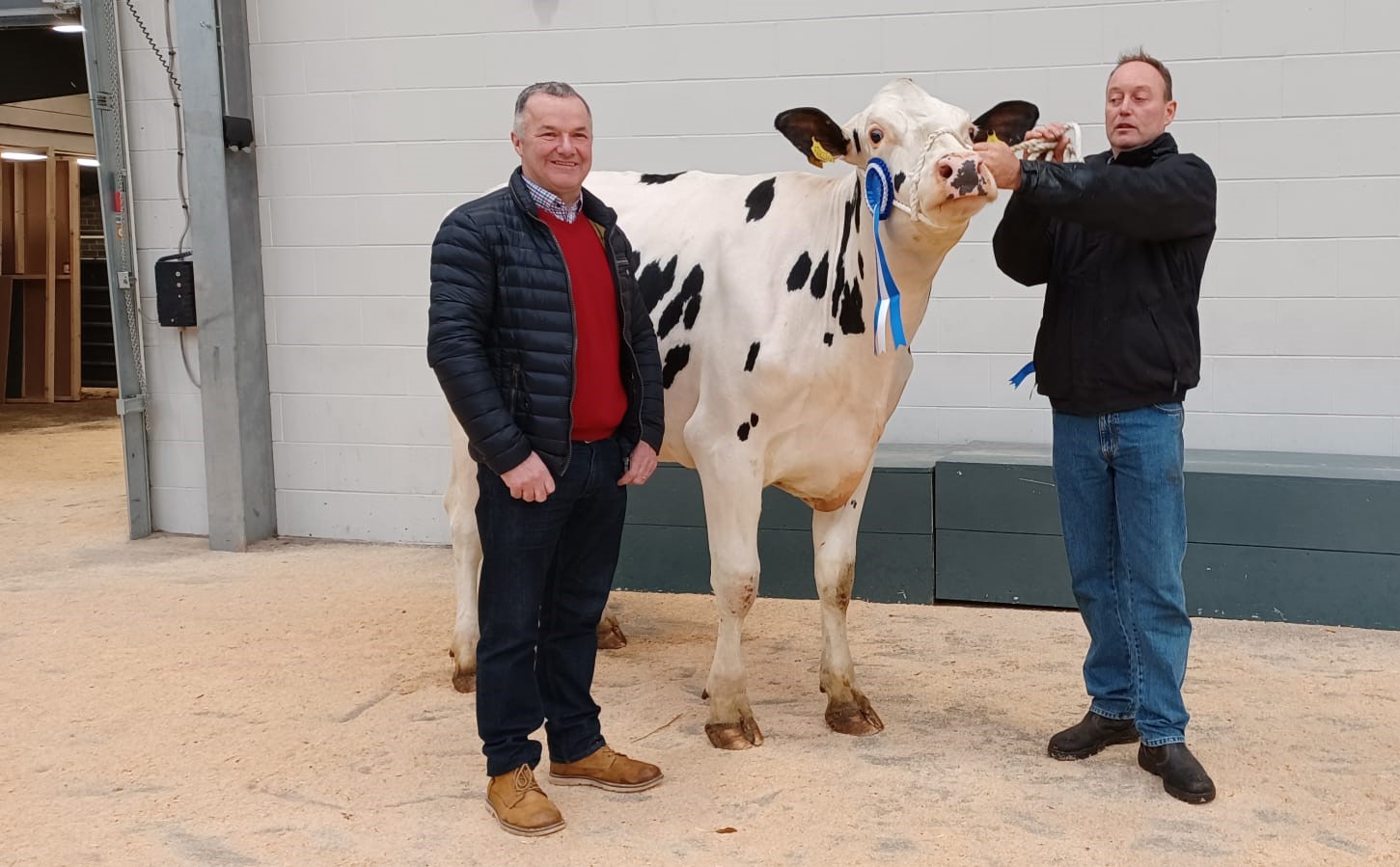 The Gillespie family from Ploughlands Farm near Wigton consigned an outstanding group of heifers to average £2100 and topped at 2,550gns for Ploughlands Victor Jill who was purchased by Mr Graham from near Stirling.  She was sired by Legend-Maker Victor, her dam was an Excellent Ste Odile Pure daughter that produced over 12000kgs on several occasions.

The Berryholme Holstein herd owned by the Wright family from Kendal sold Berryholme Goodwhone Yvonne for 2,500gns to Messrs Bulmers near Stranraer.  Her grand dam was the Excellent 94 Pine-Tree Sid daughter that was Grand Champion at the Northern Expo Show in 2016.

Topping the cow trade at 2,600gns was Lomond Solomon RL Ashlyn who was purchased by the Kinloch family who farm near Dumbarton.  She had classified Very Good 87 as a two year old with an Excellent 92 Atwood for her dam going back to the All American and All Canadian winner Tri-Day Ashlyn EX96.

The Orton Grange Holstein herd sold a super group of animals in their Autumn Opportunity Sale and topped the overall trade at 2,700gns for OrtonGrange Brennan Ghost who was purchased by Mr Graham from near Stirling.  She was bred from ten generations of Excellent or Very Goods her fourth dam was Ridgefield Storm Ghost who was Grand Champion at the Royal Show.

Ortongrange Code Flirt Red 2 topped the cow trade for Richard Martin selling for 2,350gns to Mr Sewell from near Cockermouth.  She was sired by Ortongrange Code Red and had placed second earlier in the morning in the show.

The yearling heifers topped at 2,000gns for Ortongrange Denver Allie who was purchased by Stuart Leitch from Ayrshire.  She was a big time heifer from the All Ireland winner Ortongrange Doorman Arangatang VG89 who sold for 5,000gns as a young calf in the Black & White Sale in 2016.

The next dairy sale at Borderway takes place on the 24th November and features 190 pedigree Holstein cattle in Aytonian dispersal sale.  An online catalogue for this sale can be viewed at www.harrisonandhetherington.co.uk or can be order from the Pedigree Office 01228 406230