Saturday’s Spring Fling sale of empty gimmers resulted in a top call of 5000gns paid for a daughter of the 350,000gns Sportsmans Double Diamond from Procters Farm.

Sale leader, PFD2104477, is an ET bred gimmer out of a dam by the homebred Procters Abracadabra and going back to the 70,000gns Teiglum Younggun. She sold to Barney Richardson for the Fernyford flock, Derbyshire. 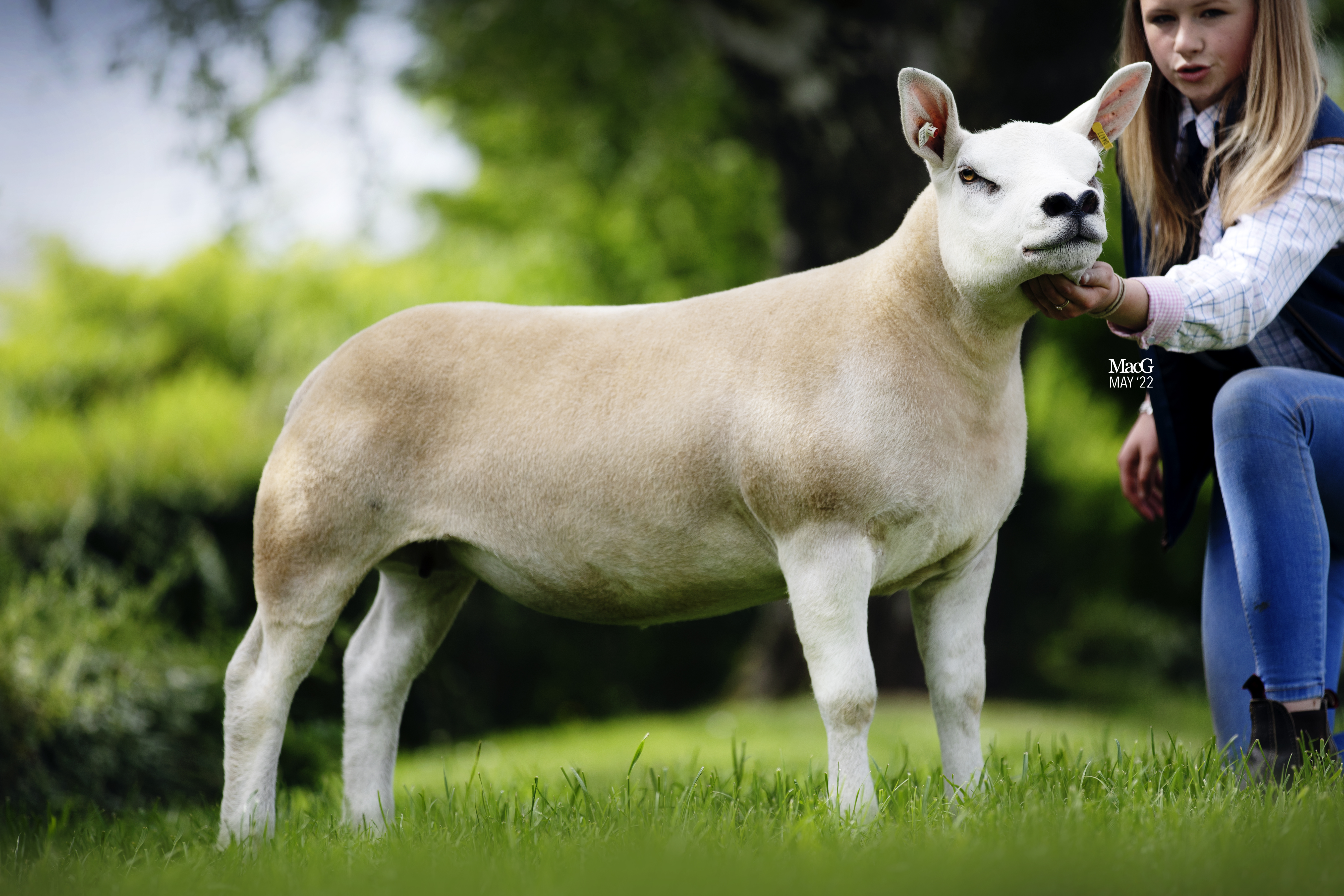 Second best at 2600gns was a Garngour gimmer from Alan Clark and family. This was CJN2107511, a Knock Diablo daughter out of a dam by Knock Bantastic and from the same maternal line as the previously mentioned Younggun. She sold with an index in the top 25% and was bought by David Houghton for the Tophill flock, Bury, Lancashire.

A trio then made 2000gns, with the first being the second of the day from Procters, PFD2104496. She’s again by Double Diamon and this time is out of a Strathbogie Ya Belter sired dam. She carries and index in the top 25% of the breed and was taken by Messrs Johnson and Peel, Harrogate, for the Washburn Valley flock.

Second at this money was the first from the Usk Vale pen of Willy Davies and Paul Rowlands. This was a gimmer bred in the Knock flock, HAK2101592, and by Knock Dalwhinnie. She’s out of a dam by Sportsmans Trojan II which is also dam of Knock Bantastic. She found a new home with Glenn Longstaff, Ballymena, Co Antrim.

The final 2000gns call came for another from the Usk Vale entry, this time the homebred UVP2105026. She’s by Haymount Divine King and out of a Knock dam by Allanfauld Am The Man. Buying her was Andrew Friel, Letterkenny, Donagal.

Making 1800gns was Robert Cockburn’s top seller of the day CKP2105763 from the Knap flock. This Sportsmans Deal Breaker daughter is out of a dam by Mullan Amigo and is from the same family as the 8500gns Knap Don Diablo. This one was knocked down to J L Phillips, Leek, Staffs.

Another from Knap then made 1600gns, with this being CKP2105701, again by Sportsmans Deal Breaker and out of a Mullan Amigo daughter which is an ET sister to the dam of the previous lot. She sold to R N Kirby and Son, Northallerton, North Yorkshire.

And selling for the same money was Gordon Gray’s leader from Ettrick GGH2111220. This Claybury Dunkirk daughter is out of a dam by the 46,000gns Foyle View Superstar and sold with an index in the top 1% of the breed. This one was the pick of William Smith, Hexham, Northumberland.

Andrew Clark then took 1500gns for a gimmer from the Teiglum flock in the form of CFT2100359. Sired by Knock Diablo and out of a Knock Yardsman daughter she goes back to the same family as Younggun and has an index in the top 25% of the breed. Buying her was S Barker, Harrogate.

The Usk Vale pen then sold another at the same price, UVP2104887. She’s by Haymount Divine King and out of a Hexel Born To Be Wild daughter and was bought by previous buyer J L Phillips.