The first of these was consigned by D Lewis’ Pembroke flock. This polled ram, appropriately named Pembroke Deep Pockets, was sired by Ballytaggart Xceptional and out of Pembroke T53. He was purchased by Messrs Pratt from Woodbridge, Suffolk. 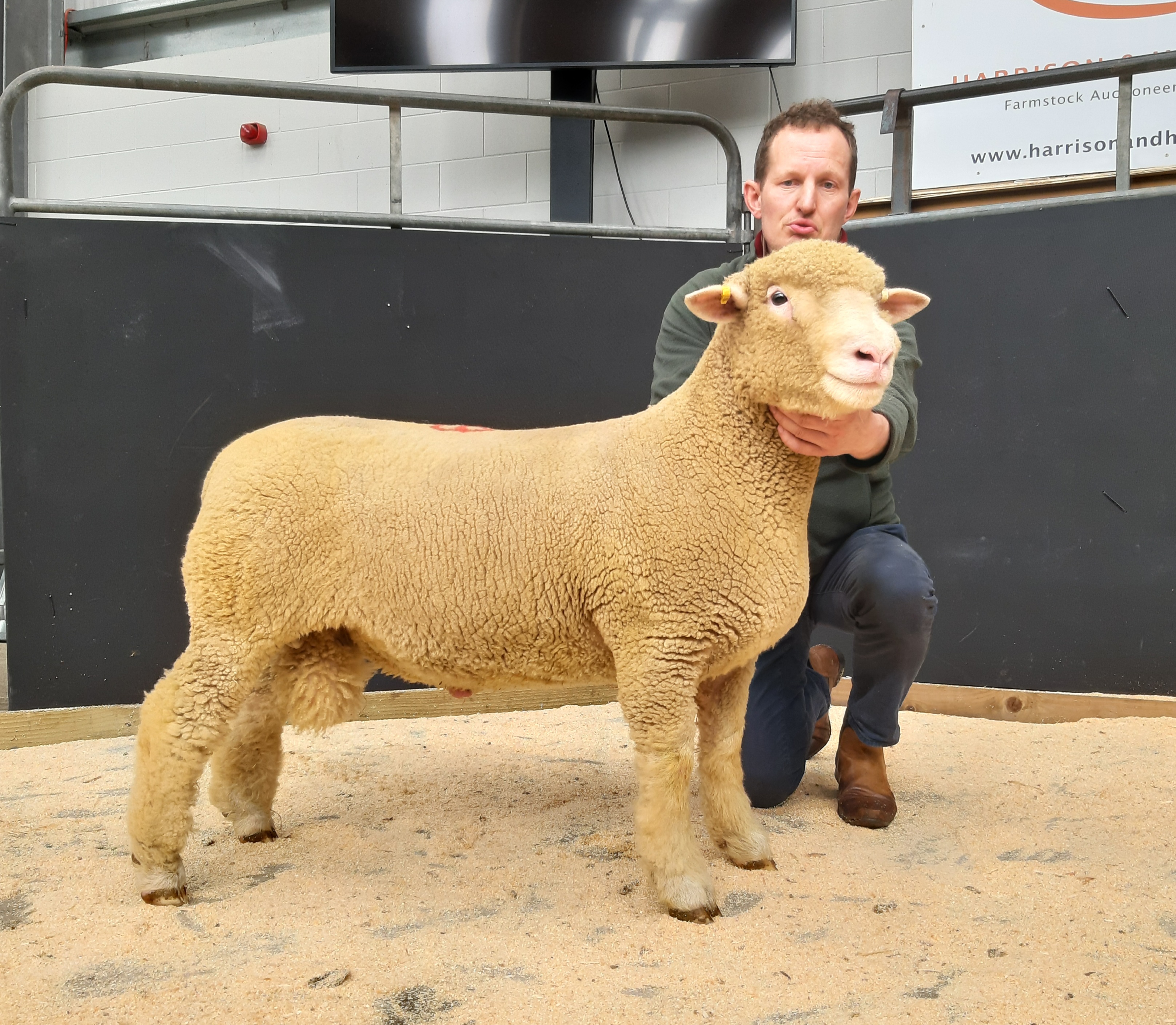 Also at 2000gns was Thomas Wright’s Ballytaggart Domino, sired by Wiley Apollo and out of Ballytaggart B2118, an Olivertree Archie daughter. The successful purchaser on this occasion was Messrs Huxter from Crediton, Devon. 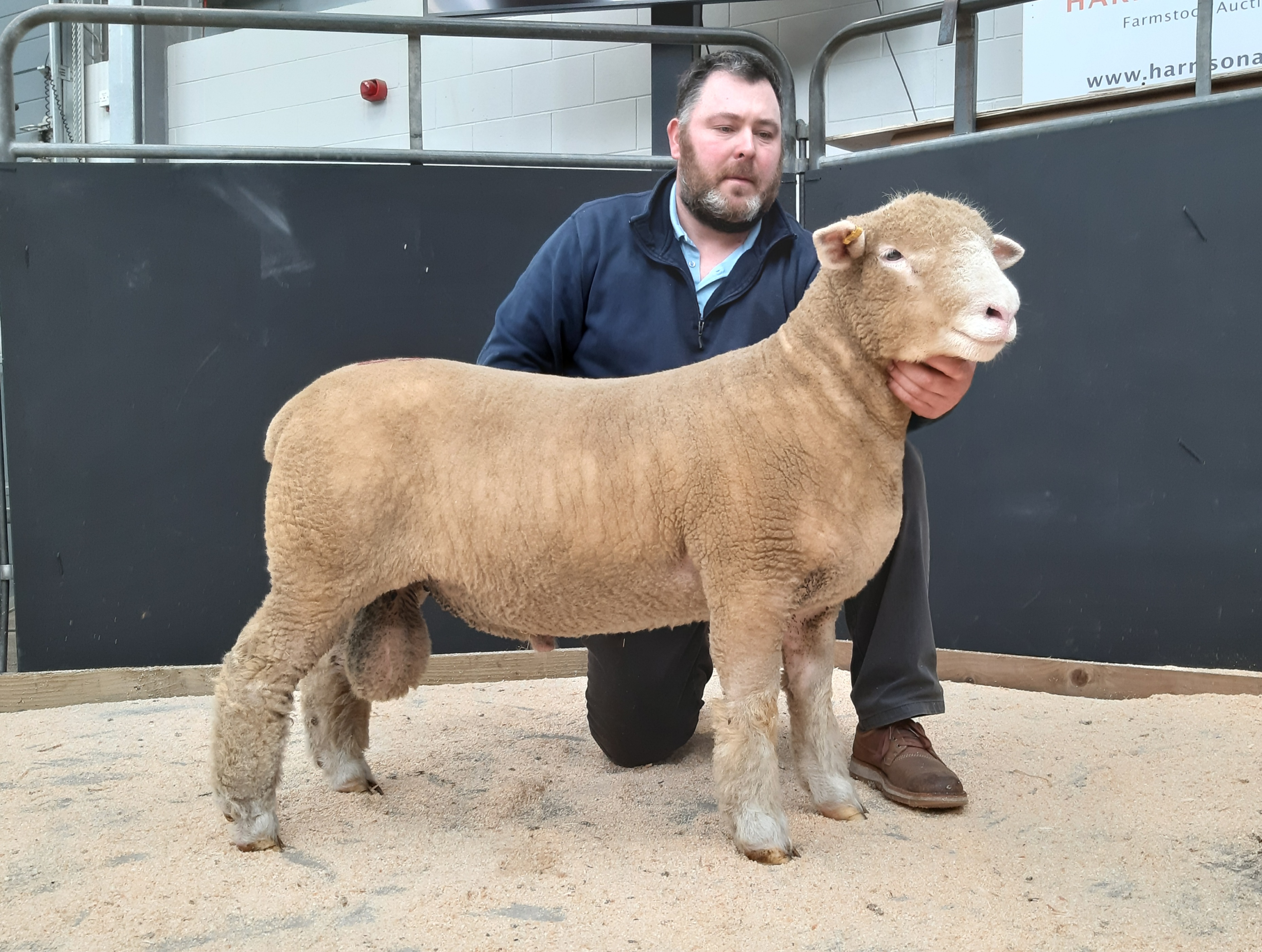 Thomas sold his only other ram lamb forward for 1600gns to Messrs Waller from Carnforth, this was Ballytaggary Diablo sired by Olivertree Archie and out of Ballytaggart W1179.

Alistair Morton’s consignment of ram lambs topped at 1600gns for Stobilee Diamond Geezer, a son of Mainview Armani and the gimmer Stobilee B31. This lamb was purchased by MacGregor Farming Partnership from Norwick, Norfolk.

Also at 1600gns was the best of the shearling rams Sandy Lane Cowboy from Sam Driver.  This shearling was sired by Huish Alpha and out of Sandy Lane A5271 who was sired by Sandy Lane Zippy who also bred 3400gns Sherborne Benchmark.  Cowboy was purchased using the online bidding facility by Messrs Tickler from Grantham, Lincolnshire.

Another to be sold online was D Lewis’ Pembroke Domino, a ram lamb sired by Pembroke Bulletproof. This lamb was purchased for 1400gns by Messrs Byres from Turriff, Aberdeenshire.

1200gns was paid by Messrs James from Shaftesbury, Dorset for Downkillybegs Ducati, a ram lamb from W & K Carson, sired by Downkillybegs Ultimate who won Supreme Champion May Fair 2014 and sold for 3500gns.

Females sold to a top of 650gns twice. Firstly, for a shearling gimmer from Alistair Morton’s flock, Stobilee Clarissa. She was sired by 1500gns Ballytaggart Buster and out of Stobilee Z25 and purchased by Messrs Spence from Strathdon, Aberdeenshire.

Also at 650gns was the best of the ewe lambs, Sandy Lane D6799 who was purchased by Messrs Sheed from Huntly, Aberdeenshire.  This lamb from Sam Driver’s flock was sired by Huish Alpha and out of Sandy Lane W2808.