Topping the ewes at £1700 per head were a pen of five 3 crop bonny ewes from Messrs Hutchinson, Valley Farm, Barnard Castle which sold to Messrs Pears, Sheffield.

The pre sale show judging was carried out by recent fresh enthusiast to the Swaledale breed Mr Ted Fox, Biggar, who had a tremendous show of ewes and shearlings put infront of him, and carried out the judging in a able and professional manner.

The overall championship was awarded to a pen of ten bright 3 crop ewes from Messrs Hutchinson, Old Spital Farm, Barnard Castle which went on to sell for £480 to Messrs Handley, Gunnerfleet Farm, Chapel le Dale. 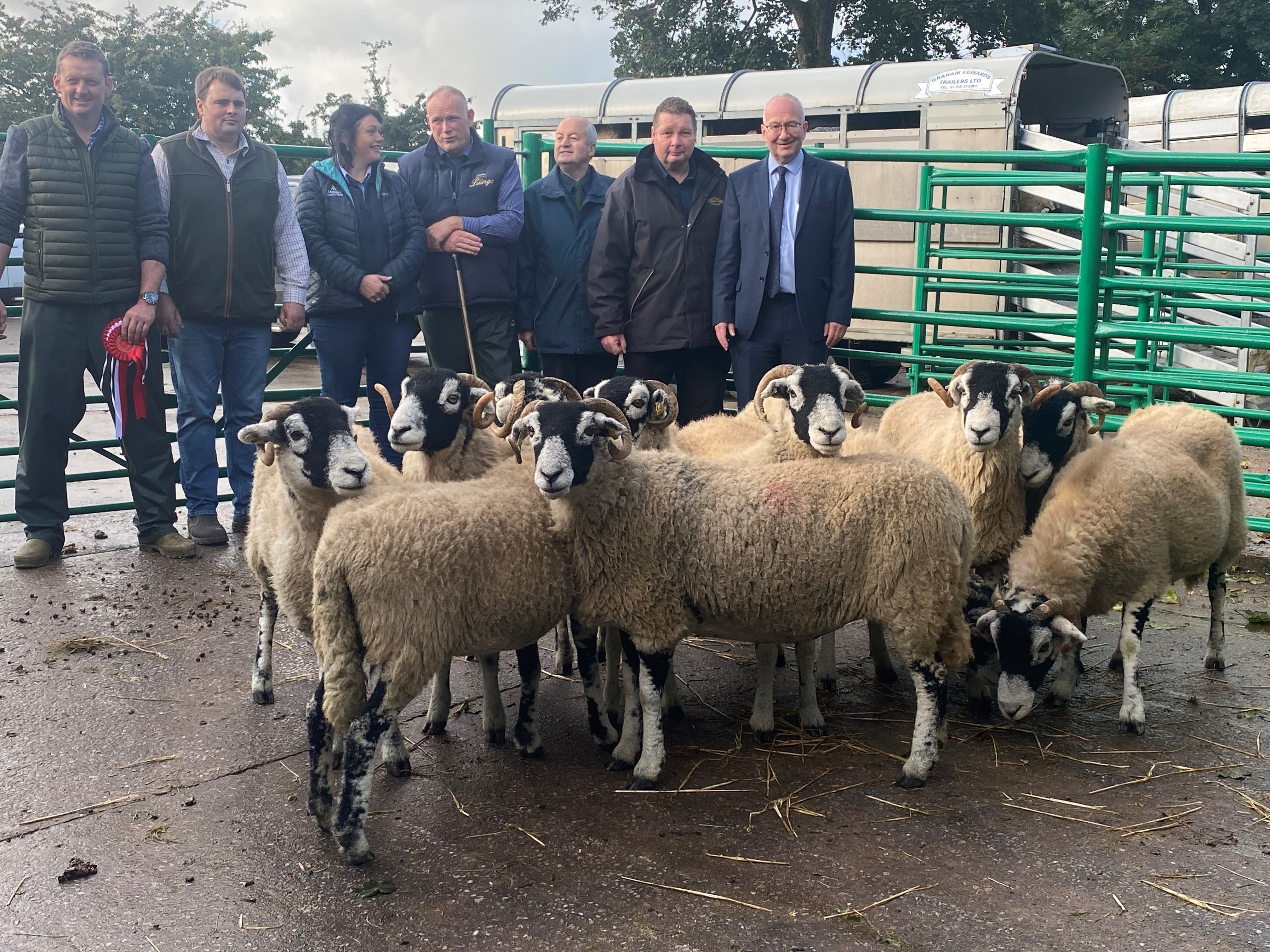 Taking the Overall Reserve prize was the second placed pen of ten 3 crop ewes shown by Messrs Wilson, Arngill House, Lunedale which went on to sell for £310 to Lilburn Estates Farming, Wooler.

Next selling at £265 was a pen of twelve 3 crop ewes from Messrs Beckwith, New Hall, Barras which sold to Messrs Dixon, Hartley Castle, Kirkby Stephen, with another pen of twenty ewes making £205 also from this home.

Topping the shearlings at £240 were the first placed pen of ten from Messrs Walton, Goodlie Hill Farm, Great Asby which went on to sell to Lilburn Estates Farming, Wooler.

83 active buyers from many different parts of the country from Brechin in the north to Cornwall in the South were present with others going home empty handed.